1. Some of the mice you might find in the woods might look like mice–but aren’t. We humans might think that they look the same, but they are as different from one another as bears, lions, and deer are. 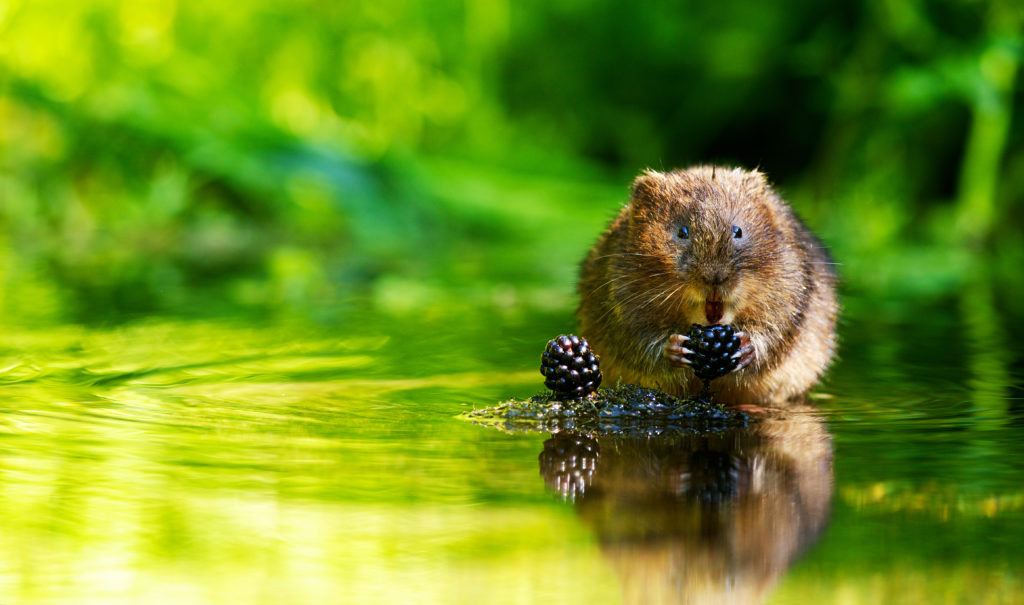 In “Of Mice and Magic,” we meet several characters that are mouse-like. These include mice, voles, and shrews.

(This image on the left is of a water vole eating a blackberry!)

That means that like humans, they eat both meat and plants. Their diet often includes a mixture of seeds, fruit, vegetables, fungus, and insects. In fact, mice are often used for medical experiments because they are so much like humans. Like us, they are mammals (which means that they have warm blood, hair, and give milk), and they also will eat the same things that we do. But the idea that mice like cheese is something of a myth. They would much rather have peanut butter!

Voles are “herbivores.” That means that like deer and cows, they eat only vegetables. This might include grass stalks, seeds, fungus, berries, and vegetables.

Shrews are “carnivores.” Their diet is made up mainly of insects, but will also include such things as worms, crayfish, small birds, frogs, and mice

3. The word “mouse” is derived from the 4000-year-old Sanskrit word “mush,” which means to steal.

However, not all mice steal. In some cultures, mice have been revered for helping to clean houses, where they carry away crumbs from the floor. And many types of mice and voles are more like farmers, known to harvest grasses in order to make hay, to grow various kinds of fungus to eat, and even to help grow plants by hiding the seeds underground.

4. Each type of mouse, vole, and shrew is different, and may have special adaptations to their environments.

The common house mouse, like those that we find in pet shops, probably first came from China. They may have hitched rides in bolts of silk, or perhaps even on ships, and thus made their way to Europe. Early settlers that came to the Americas then brought them on their ships. 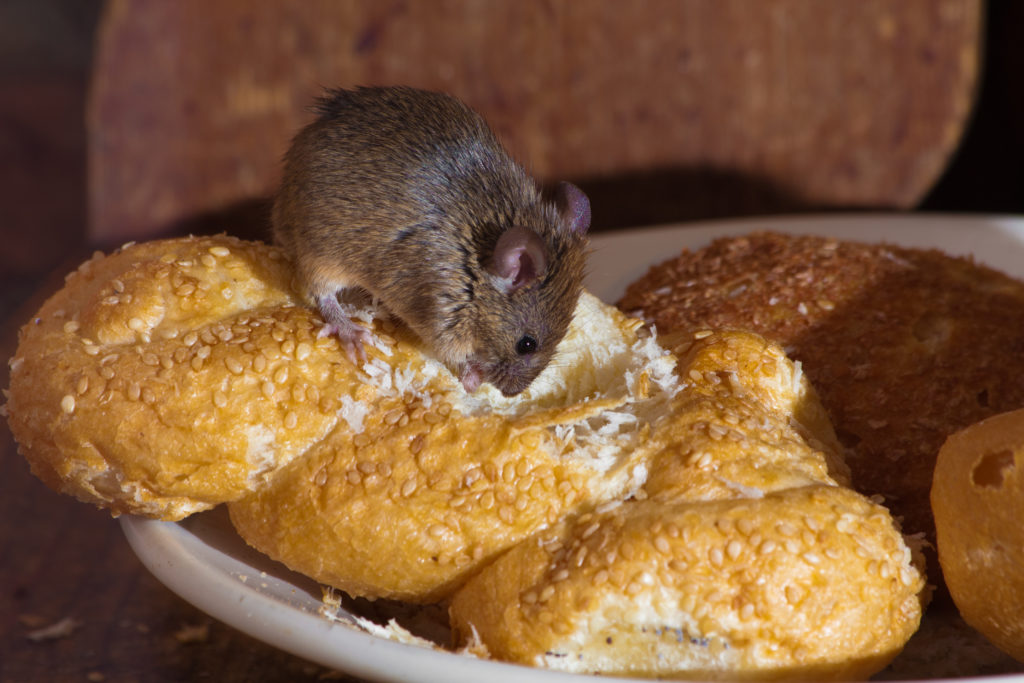 The house mouse has very sharp teeth that let it gnaw through wooden boards and walls. That is one way they get into houses. While there are hundreds of other breeds of wild mice, none have teeth strong enough to let them gnaw their way into your home. The house mouse is also a very good climber. Most other types of mice and voles don’t climb.

The deer mouse is another kind of mouse that is often found in America. In the fall, deer mice will try to sneak into houses in order to get warm. Deer mice can carry the hanta virus, which can give humans flu-like symptoms that can lead to death. If you ever see a mouse that is sweaty and shaking, don’t touch it! It could be sick with the hanta virus.

5. White mice were first bred by the Chinese over three thousand years ago. The

Chinese word for such mice means “ancient ones.”

6. Another common mouse in America, particularly in dry areas, is the pocket mouse.

Pocket mice are very pretty, with large eyes and glossy coats, but don’t let their good looks fool you. Pocket mice can be mean. Unlike other mice, the pocket mouse tends to eat mostly meat in its diet. When a pocket mouse sees a scorpion, it will run and attack it, holding the scorpion’s head down with a foot while it grabs its tail and bites off the stinger. The pocket mouse will then eat the scorpion. It will also eat “blister beetles,” a kind of beetle that gives off poison from its abdomen. The pocket mouse will grab the blister beetle and hold its tail down in the sand so that it can’t rub poison onto the mouse. It will then eat its victim head-first. Pocket mice also like to sneak into the burrows of other mice and eat their babies.

When I was young, I was out driving with my brother, who was studying to be a wildlife biologist. We spotted a Pacific jumping mouse in the road ahead of us. A horned owl swooped out of the dark and tried to catch it, and the mouse took off jumping. We followed in the car and watched with amazement as the mouse raced along, leaping perhaps five feet each jump, and going as high as eighteen inches in the air. If you are five feet tall, that would be like you leaping over houses and hopping over football fields! 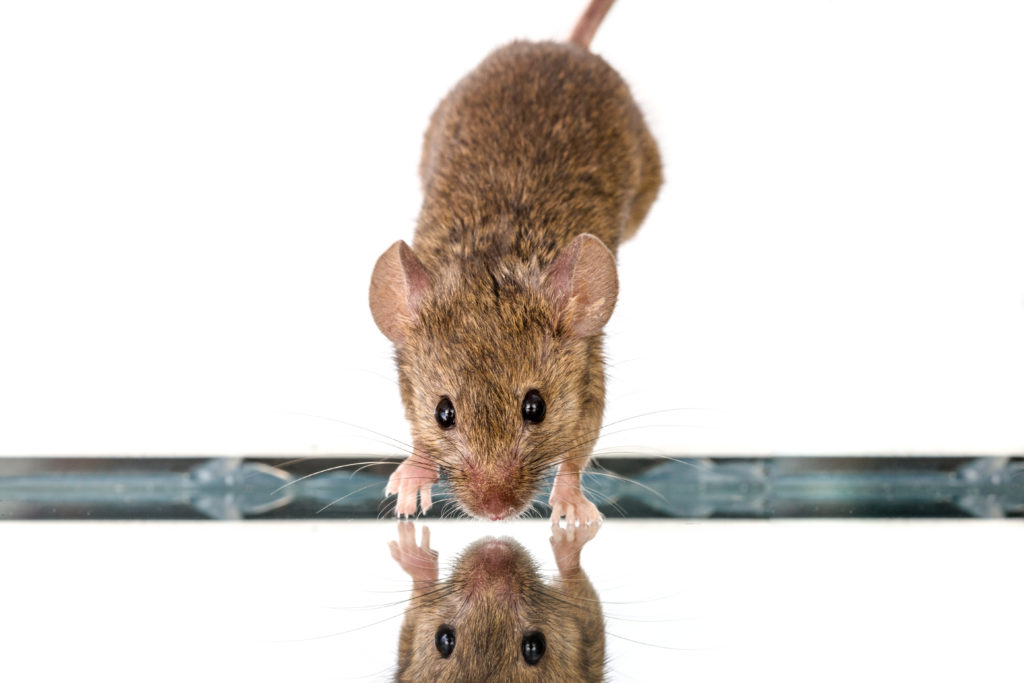 9. While house mice climb and jumping mice can leap like crazy, other mice have their own special ways of getting around. For example, the golden mouse, a beautiful yellowish mouse found in swampy areas of the southern United States, loves to climb trees and then leap across the branches to another tree. If it falls into the swampy water, that’s no problem. It is also an excellent swimmer!

10. VOLES. A vole looks very much like a mouse. It will often have longer hair than a mouse and look a bit more grizzled and worn. They also have shorter tails.

12. While mice are often solitary creatures, living either in little families or even living alone, voles usually live in large colonies where there are hundreds or even thousands of them. You can usually tell that they are around by looking for trails in the grass–little trails that run from burrow to burrow, connecting hundreds of burrows together.

13. The singing vole of the arctic is an interesting variety. These little voles will live in huge communities with hundreds of voles. If they spot a predator, such as a fox or an owl, they will stand at the mouth of their burrows and begin to sing, their high voices rising and falling. This way, they attract the attention of the hunter. Once the predator moves toward it, it will rush into its hole. If the predator tries to dig it out, other voles from the colony will go out and sing, attracting the predator to themselves. Eventually, the predator will get tired and go away.

15. In Oregon, where “Of Mice and Magic” takes place, the Willamette River often floods in the winter. A hundred years ago, the river would spill over its banks and become ten or fifteen miles wide during the flood season. The fields in the valley are filled with Oregon water voles. These little voles like to dig burrows, but for thousands of years their little burrows have gotten flooded winter after winter. In order to survive, they learned to dig their tunnels down, and then take them back up near the surface. Thus, when it floods, their burrows have air pockets trapped inside so that the voles can live. If they need to, the water voles will swim through the underwater tunnels to get outside, where they can find food.

16. Another type of vole in Oregon is an endangered species. The red tree vole lives high in the branches of Douglas Fir trees, which are enormous trees that rival the redwoods in size. The voles are excellent climbers and build huge nests, sort of like bird’s nests, in the branches, and live inside. For food, the vole eats the seeds out of fir cones. A red tree vole will often spend its entire life living in a single tree, never coming to the ground

18. SHREWS. A shrew is about the same size as a mouse or a vole, but is very different. You can often recognize it by its long pointy nose, and very sharp teeth. A shrew is usually gray or blackish on the back (sometimes with a white belly). It may spend much of its time underground, digging for worms and insects.

19. Shrews hunt by digging long tunnels. The shrew is full of nervous energy and rarely stops moving when it is awake. When it does wake, it will often rush through its tunnels until it bumps into a worm or a beetle. Woe unto the bugs that it finds! Shrews have to eat twice their weight in food each day.

Ounce for ounce, a shrew may be the most voracious animal on the planet. It hunts constantly. In fact, it can only sleep for short amounts of time, because it is always so hungry.

23. You don’t often see shrews in the wild. Sometimes in the summer, when the ground gets dry and hard to dig through, shrews will pop up to the surface to hunt.

24. But if you do see a shrew, don’t try to catch it. Shrews are famous for having nasty tempers, and can deliver a painful bite. In fact, in the eastern half of North America, there are three types of shrew that deliver a poisonous bite. These shrews have poison in their saliva, and if they bite you, they could send you to the hospital.

26. Shrews are usually solitary creatures. They emit a musky scent that drives other animals away. They will hiss at other shrews and bite them. Because of this, a person with a nasty temper is often said to be “shrewish.”

Some types of shrews spend more time above ground than others. In particular, water shrews like to live near small streams, where they will dive into the water to catch small crayfish and snails to eat.

28.There are, of course, other small animals that look something like mice. These include moles, lemmings, jerboas, and hamsters. In Australia, there is even a tiny oppossum that is only a quarter the size of a mouse! We’ll meet some of these creatures in future books.