Who is David Farland? 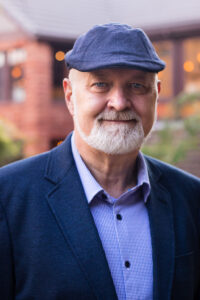 David Farland is an award-winning, international best-selling author with over 50 novels in print. He won the Philip K. Dick Memorial Special Award for his science fiction novel On My Way to Paradise, the Whitney Award for “Best Novel of the Year” for his historical novel In the Company of Angels, and he won over seven awards—including the International Book Award and the Hollywood Book Festival, Grand Prize—for his fantasy thriller Nightingale. He is best known, however, for his New York Times best-selling fantasy series The Runelords.

Farland wrote for major franchises such as Star Wars and The Mummy. In the video game industry, he was both a designer and a scripter and was the co-leader on the design team for StarCraft: Brood War.

As a writing instructor, Farland mentored dozens who have gone on to staggering literary success, including such #1 New York Times Bestsellers as Brandon Mull (Fablehaven), Brandon Sanderson (Wheel of Time), James Dashner (The Maze Runner) and Stephenie Meyer (Twilight).

Farland judged L. Ron Hubbard’s Writers of the Future, the largest worldwide writing competition for new fantasy and science fiction authors, and he edited the annual anthology and taughtwriting workshops in conjunction with the contest. He has worked in Hollywood greenlighting movies and doctoring scripts. He set the Guinness World Record for the largest single-author, single-book signing. He has been hailed as “the wizard of storytelling” and his work has been called “compelling,” “engrossing,” “powerful,” “profound,” and “ultimately life-changing.”

Farland’s work includes the following series: The Golden Queen, Serpent Catch, Ravenspell, The Runelords, Nightingale, the Mummy Chronicles, and The Star Wars Adventure Series. He has also written various standalone novels. Farland also helps those who want to become successful authors themselves with his books specifically for authors: Million Dollar Outlines, Drawing on the Power of Resonance in Writing, Blockbuster Book Signings, and NaNoWriMo Inspirations.

Farland has a website which is an invaluable tool for aspiring writers all over the world, MyStoryDoctor.com.

David Farland passed away in January 2022, but his wisdom remains with us today through his books, pre-recorded courses and seminars.